Share a memory
Obituary & Services
Tribute Wall
Read more about the life story of Iris and share your memory.

Born April 16, 1931 in Morristown, Ohio, she was a daughter of the late Dennis Blake Gatten and Martha Jane Sells Gatten.

Jane graduated from St. Clairsville High School in 1949 and attended one year of technical college.

On May 4, 1951, Jane married Andy Bouska. Together they owned and operated a dairy farm on Freeport-Piedmont Road, Freeport for many years and also owned B&B Tractor Sales, Inc. of Tippecanoe for several years. Andy died March 13, 1986.

Jane was a former advisor of the Harrison County Blue Ribbon General 4-H Club, Freeport from 1967 to 1971. Moving to New Philadelphia in 1989, she continued to be active square dancing with the Star Promenaders and the Nuhall Dancers of New Philadelphia. Jane was also employed as a secretary of the Tuscarawas County YMCA and the Tuscarawas County Social Security office before retiring. She enjoyed sewing, baking (especially nut rolls) and loved tending her flower gardens, especially her roses.

In addition to her parents and first husband, Andy Bouska and her second husband, Ernest L. Ridenbaugh; she was preceded in death by three sisters: Virginia Welsh, Rose Rachetta, and Helen Poland; a son, Gary Bouska; a son-in-law, Richard Scott; a daughter-in-law, Diane Bouska; and a great-granddaughter, Athena Bardall.

The family would like to give a special thank you to the staff at Walnut Hills Nursing Home for their care and kindness.

Koch Funeral Home, 216 S High Street, Freeport was entrusted with Jane’s arrangements. Online condolences may be made on the funeral home’s website: www.kochfuneralhome.net

To send flowers to the family or plant a tree in memory of Iris Jane (Gatten) Bouska Ridenbaugh, please visit our floral store. 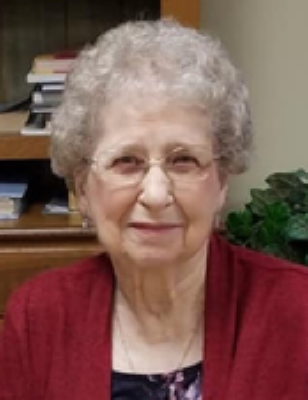