Share a memory
Obituary & Services
Tribute Wall
Read more about the life story of Samuel and share your memory.

Samuel Wherry Cunningham, age 95, of 76795 Valley Knoll Road, Flushing (Piedmont) died at 3:25 a.m. Saturday, September 17, 2022 in the Harrison County Home, Cadiz, Ohio where he had been a resident for thirteen months.

He was born March 6, 1927 in Londonderry Township, Guernsey County, Ohio; a son of the late Lester Zellars Cunningham and Mary Margaret Tedrick Cunningham.

Sam was the Salutatorian of the 1944 graduating class of Freeport High School. He attended Muskingum College in New Concord prior to induction into the United States Army and served in the occupation forces in Germany. He was discharged in November of 1946. He graduated from Ohio State University in Columbus in 1949 with a degree in agriculture.

Sam was a dairy farmer most of his lifetime and was a member of the Ohio Jersey Breeders Association for many years. His passion for farming and agricultural education and legislation was evident by his involvement with agricultural organizations. He was a member of the Harrison County Farm Bureau where he was inducted into the Farm Bureau Hall of Fame and was also inducted into the Harrison County Soil and Water Conservation District Hall of Fame. He served as a member on the Harrison County CIC Board for several years. He was on the school boards of Lakeland Local School District and Harrison Hills City School District. He also was a rural mail carrier for Flushing Route 1 for thirteen years.

The Nottingham Presbyterian Church was a major part of his life. He was a member, an elder, and a trustee and also involved with the Muskingum Valley Presbytery. Sam was also a member of the Moorefield Township Volunteer Fire Department where he served as treasurer for many years.

On June 25, 1949 in the Antrim Presbyterian Church, he married to Margaret Lois Caldwell Cunningham. She died March 13, 2017.

Calling hours and funeral will both be held at the Nottingham Presbyterian Church, State Route 22 West, Cadiz on Tuesday, September 20, 2022. Calling hours begin at 10:00 a.m. and end at 12:00 when the funeral service will begin with Pastor David Bryan officiating. Military Rites by the Flushing American Legion and burial will follow in the Nottingham Church Cemetery.

Memorial donations may be made to the Ohio Farm Bureau Foundation in memory of Samuel Cunningham, P.O. Box 182383, Columbus, Ohio, 43218

To send flowers to the family or plant a tree in memory of Samuel Wherry Cunningham, please visit our floral store. 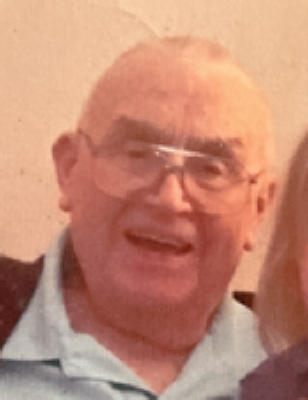